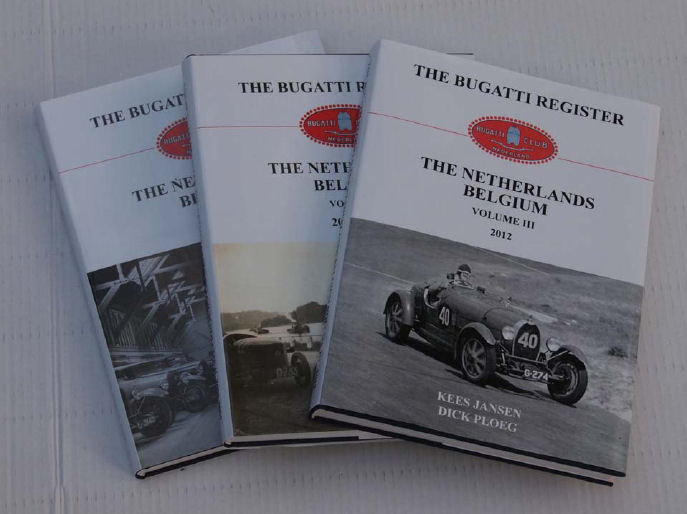 Due to the overwhelming success of The Bugatti Register The Netherlands/ Belgium Vol I and II, we can proudly announce that Vol III (2012) is now available. Once again, there are new articles about Dutch Bugattisti in International Rallies and Bugattis in Dutch Rallies, excellently researched by Bart Oosterling. In addition, there are corrections and additions regarding previous cars, plus an additional 200 pages on cars mostly not previously described.

All owners of Vol I and II will be given the opportunity to obtain Vol III with matching numbers, but only if these numbers are still available.

We are pleased to offer Vol III for € 85.- ex P&P, € 100.- incl P&P . For those who have not bought the previous Volumes, those books can only be bought in conjunction with Vol III.

Vol III contains a number of articles such as: 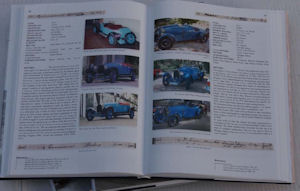 The book is approximately the same size as the first one (290 pages). The quality is identical, using the best quality paper, genuine hard linen cover and virtually the same layout. Only the best materials have been used for the book, including beautiful full-colour pictures. It is one inch thick and weighs almost one and a half kilograms (three pounds). We have decided to go for the best quality materials, as it was our reasoning that Ettore would not accept anything less. We are convinced that the book will retain its value and will turn out to be an excellent investment. Every book is numbered and personalised with the name of the purchaser.

For every car, a number of factory data are given with information such as body type, history, owner(s), and much more. Similarly, Vol I and II data concerning month of production, original engine number, delivery date, agent or client, are all from the so called “Carnets de Livraison”’ from Henri Pracht, the factory accountant, and his daughter, Marguerite, who kept meticulous records from all cars produced in the twenties and thirties. In addition, as in Volume II, all official sales prices are mentioned. In a number of cases, data are included from the factory carrosserie and engine books, such as the bodies commissioned by the factory to other coachbuilders along with the prices paid. Several hitherto unpublished period photos have been included, plus many unique pictures from the fifties and sixties taken and kept by Jean De Dobbeleer.

It is clear that there will always be incorrect information but we trust upon you to let us know if you find discrepancies. We insist you to supply proof of your corrections. These corrections will be published in Vol IV, which is scheduled to appear in 2015.