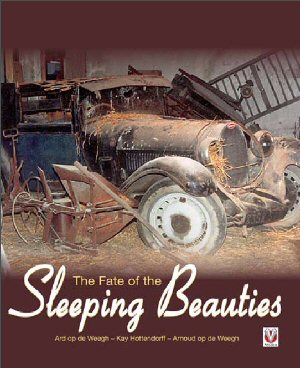 The fate of the sleeping beauties

This week the English Publisher Veloce signed the contact to publish the English translation of the book “het lot van de slapende schoonheden” in 2010. The book will be called “the fate of the sleeping beauties” and will describe the real history about the famous car collection of Michel Dovaz an will tell what has become of all those magnificent cars, that were photographed by Herbert Hesselmann in 1983. His photos went all over the world and there were two books (1986 and 2007). But was his book in terms of respect and humanity right? Was it a fairytale and was Michel Dovaz done wrong with this book?

“The fate of the sleeping beauties” will tell the truth and rehabilitate Michel Dovaz. The book is written by Kay Hottendorff and Arnoud and Ard op de Weegh. The Dutch edition was and is a success.

If you want to order yet please contact ard@opdeweegh.eu