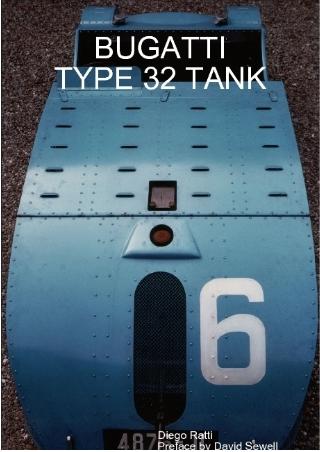 The Bugatti Type 32 unquestionably played a pivotal role in Ettore Bugatti’s blossoming career as a designer of Grand Prix cars. Despite its many mechanical novelties, the most notable feature of the car was its tank-like appearance, quite unlike any other motor car of the period, which earned it the nickname of “Tank”. This book covers the history of the Type 32 Bugatti, with particular emphasis on Ernest Friderich’s team car, which was placed third, the first Bugatti to finish, in the 1923 French Grand Prix. There follows a chapter on the technical features of the model, and the book concludes with a selection of period and more recent Bugatti Tank photographs.