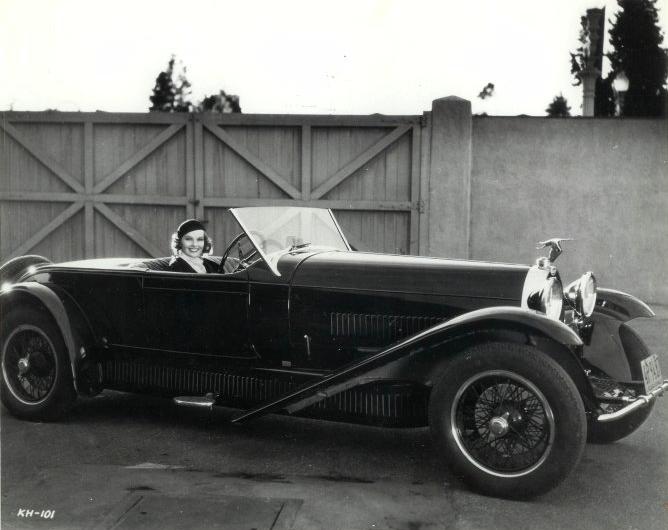 As you will probably all know by now, I had some discussions and more about the particular car shown above, the Bugatti T38 38435 with body by Murphy. As stated in the Bugatti Revue, the above picture is a promotional photograph for the movie "Chistopher Strong" of 1933, which stars Katherine Hepburn. Using the modern technology of the Internet, a copy of the movie can be located in mere minutes. It takes than almost a year to extract some digital footage of this movie, the footage is presented here. For background information, please refer back to the article.

Below are some screenshots of Miss. Hepburn at the wheel, out of the first movie. 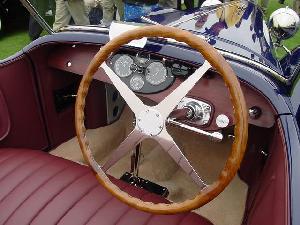 In this shot, also from the first movie, we can see that the car as it is now, does not have the original dashboard. Were there is wood now, there should be aluminium. Also the setting of the instruments is very much different.

Pictures from the second movie, which is a bit later in the "Christopher Strong" movie. Note that the car didnīt drive a mile in between both shots! Not surprisingly, probably the same shot has been used.

Thanks to Rinus Hendriks for digitalizing the movie!